Science fiction grandmaster Gene Wolfe passed away on Sunday, April 14, 2019. Obituaries and other articles are quick to point out his literary approach to the genre, given that his works are dense, multi-layered affairs rich in allusive prose, ornate settings, and unreliable narrators. I can attest to this, as Wolfe is perhaps my favorite SF author—or at least, he penned some of my favorite books. 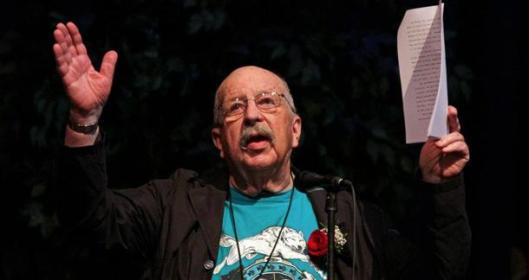 When I was in high school, my birthday gift from my uncle would be a gift card for Borders Books, a now-defunct relic of another age. I’d usually receive a $30 gift, which was enough to pick up both a book and a CD. I would scour the shelves, inspecting a half-dozen books before finally making my choice. It was one of those birthday Borders excursions, circa 2005, where I found a two-in-one omnibus collecting the first half of Wolfe’s Book of the New Sun. I’d heard about the books from lists of “best science fiction books.” And I knew they were part of the “Dying Earth” subgenre, which I was particularly fascinated with at the time, having selected Vance’s Dying Earth collection as my previous year’s birthday gift. So with the added benefit of getting two books for the price of one, I chose the first half of New Sun.

I read it so quick that I went back to Borders within a week to buy the other two-in-one omnibus, the one collecting the second half of the series.

The Book of the New Sun was like nothing I’d ever read before. Sure, at a basic level, it’s something of a standard adventure tale following an everyman protagonist on his Hero’s Journey. But it was the magnificent world-building that appealed to me, the plot woven beneath a thick layer of religious metaphor, with the mundane obscured behind ornate and antiquated language (there are no mention of horses, but there are plenty of destriers). The book was dense, packed full of allusion, and I knew I was only scratching at the surface in my understanding of what it contained. So I re-read it several times, gaining more insight into Wolfe’s tetralogy each time. I read the internet forums’ and message boards’ attempts to understand the narrative and analyze its metaphors, and with each re-read of New Sun I felt like I’d gained more understanding and yet had so much more to discover.

That was a launching-off point that helped usher me into SFF, inspiring me to pick up Bradbury and Bester and Zelazny and Gaiman… as well as many more of Wolfe’s books. The first two Latro books, Soldier of the Mist and Soldier of Arete, were fascinating, though incomplete and now a bit dated (something that sadly applies to most of Wolfe’s novels any time female characters are around). Pandora by Holly Hollander featured vivid characterization and excellent prose, but I found it insubstantial and felt the plot fizzled as much as Holly’s dialogue sparked. Similar to Pandora, There Are Doors was a letdown; despite using all Wolfe’s trademark literary devices (an unreliable narrator, heavy metaphor, multiple interpretations of events), it was needlessly byzantine, inferior to his best works using those same techniques. His best works turned out to include many of his short stories, such as many of the ones collected in The Island of Doctor Death and Other Stories and Other Stories.

My favorite of all was The Book of the Long Sun, both a distant sequel to and counterpoint of New Sun. This tetralogy also featured a Christ-metaphor character on his Hero’s Journey, and in many ways was New Sun in a different setting (New Sun follows a torturer in South America on a dying earth, Long Sun follows a Parish priest on a degenerating generation starship)… yet Wolfe’s writing was much more modernized, and a bit sharper, though it’s just as much a convoluted literary puzzle as its predecessor. I devoured those books, ran through their literary tapestry of characters and locations obscured under archaic names, and re-read them almost as often as I did New Sun.

Yet I haven’t read any of those books in a decade. I’d still rank the Sun books as some of my favorites, but most of that is teenage wonder and nostalgia talking… I’m somewhat apprehensive of what I’d find re-reading them now, having had issues with how he handled female characters when I re-read Soldier of the Mist. I’m also not sure how much I liked these books at the time simply because they were intentionally convoluted and offered readers no single, simple answer; I first read New Sun at the point in my life where I thought Tool was the greatest band ever, due in large part to the multiple interpretations and “deeper” meanings of their songs. Wolfe’s books are far from perfect, but I must have read them at the perfect time in my life: his intricate, rich, and ornate works were my gateway drugs into Science Fiction.

“In The Dinosaur Tourist, Caitlín R. Kiernan’s fifteenth collection of short fiction, nineteen tales of the unexpected and the uncanny explore that treacherous gulf between what we suppose the world to be and what might actually be waiting out beyond the edges of our day-to-day experience.”

Mystery writer Lior Tirosh is sucked into a mystery rivaling one of his own creations when he returns to his homeland Palestina, a Jewish homeland in East Africa.

Do you ever read something and go “I don’t know what the hell that was, but I liked it?” That …

Howie Ryder’s pastoral childhood is torn from him as a brutal civil war comes home, sending him on a trek across the post-apocalyptic wilderness of Darkest America.

A week ago today, Harlan Ellison passed away at the age of 84. The author had suffered a stroke and …

Carrying on from the previous volume, which I assume you’ve already read if you’re now looking for a review of …

In the past decade or so, there’s been a surge in imaginative science fiction/fantasy comics that combine complex, unique ideas, …

Interesting little crime comic where hausfrau Josie Schuller works on the side as a government assassin, balancing her typical 1950s …

Space western with a new sheriff in town! After the interesting if uneventful first volume introduces the main characters, things …