Carrying on from the previous volume, which I assume you’ve already read if you’re now looking for a review of volume two… 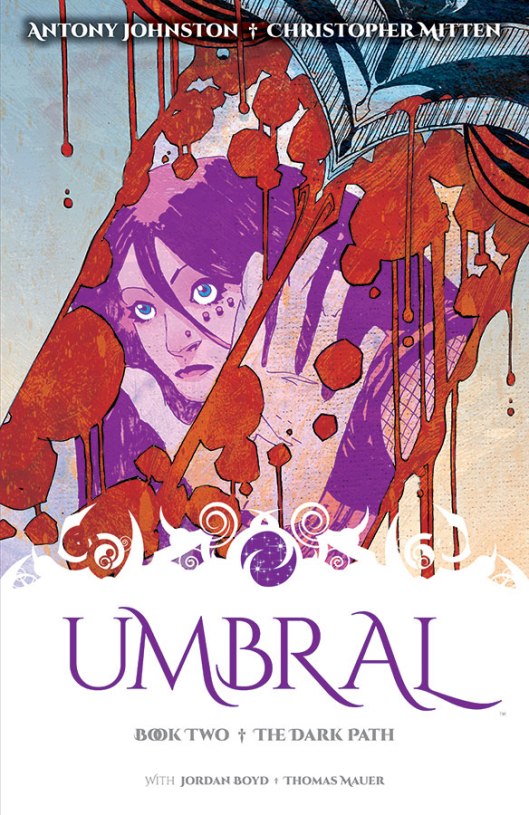 Umbral is the tale of Rascal, a teenage thief on the run from mythical shadow-monsters called Umbral who want the magical gem she’s stolen. With the aid of an immortal wizard, a drunken scholar, and a one-eyed pirate, Rascal’s heading out into the hinterlands to hide… because, you see, nobod believes that the Umbral exist, much less that they’re invading from their own nightmare reality and can take the shape of those they kill. The Umbral are hot on her heels, though, and some factions vying for power make their presence known… 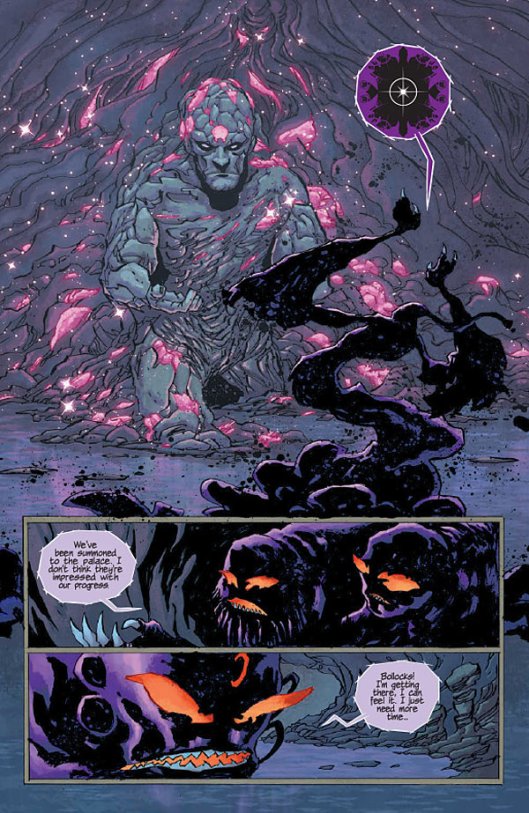 It’s a dark fantasy comic that wears its inspiration on its sleeve—things like The Dark Crystal and Fritz Leiber’s Lankhmar stories—and while a lot of the elements have been done before, Umbral manages to make so many old and busted fantasy tropes feel fresh and new again. Wizards, and monsters, and magical macguffins, and the orphan with an unknown past who’s destined for great things? All done really well here. The writing is pretty damn good, a good blend of action and intrigue and humor, but the art steals the show. The art is pretty loose and gritty, and sometimes it’s hard to keep track of what’s going on, but most of the time it’s pure epic beauty. The color palette is distinctive and vivid, dreamlike tones with starry purples and misty forest greens. 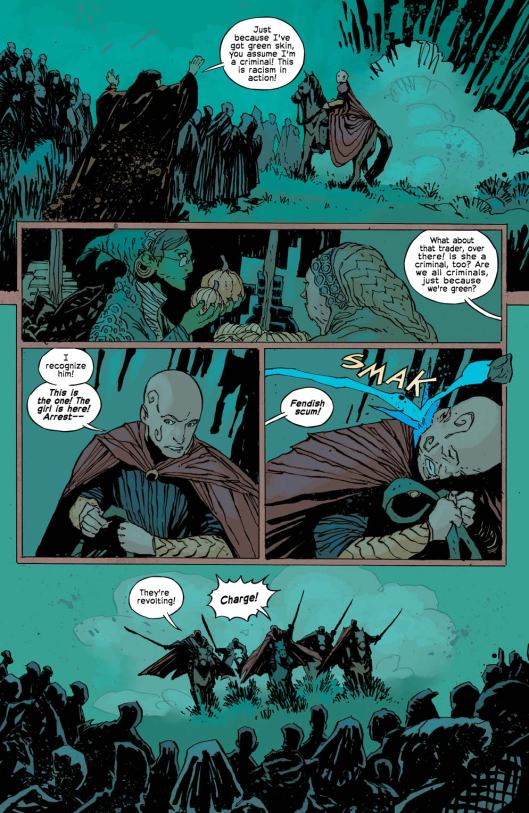 Just about every reservation I had with the first volume is fixed in volume two. The pacing is slower, and there’s more of a focus on character- and world-building, which happens to be something Antony Johnston excels at. Rascal was already a well-characterized and awesome protag, a (non-sexualized, non-annoying) teenage girl raised by smugglers with a sharp sense of humor. The supporting cast also becomes more interesting thanks to some reveals and development. This volume packs plot twist upon plot twist; while it can still be somewhat confusing, things are stable enough that the reader should be able to pick up most of the details. 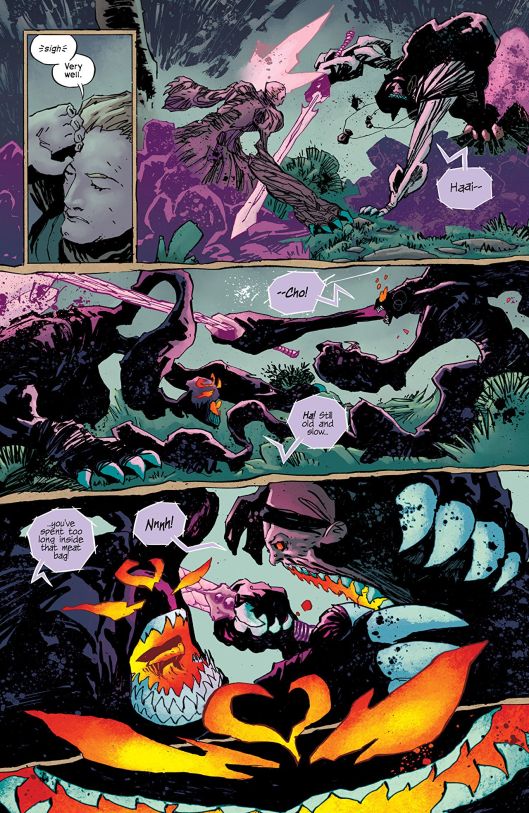 It’s a real shame that the title didn’t get the readership it needed, because the creative team was going gangbusters and this volume shows a series trending upward. Each issue ends on a cliffhanger that kept me reading, but unfortunately we don’t get to see whatever happened after the last one. Umbral still offers a remarkably fresh take on the usual fantasy tropes, and I think it’s worth picking up for the fantasy fan… provided you don’t mind some confusing, unexplained bits, and the fact you’ll only ever get to read about a fourth of the planned story.

Book Details
Do I recommend this/will I continue reading it?: This volume makes me wish it hadn’t been cancelled. Alas.
Recommended for fans of: Rat Queens, The Woods, Saga, The Dark Crystal, YA-ish fantasy/horror series with female protags
Not recommended for readers who: are allergic to fantasy in any shape or form
Title: Umbral
Author: Antony Johnston
Illustrator: Christopher Mitten
First Published: 2014
What I Read: Image, 2014
Price I Paid: $0.99/issue (Kindle/Comixology sale)
MSRP: $14.95 hc / $9.99 ebook
ISBN/ASIN: 1632152045 / B015XDWVVO