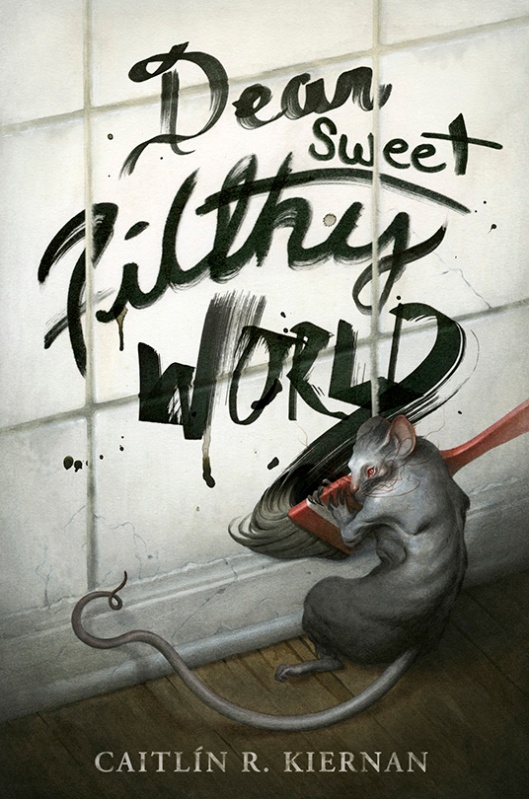 Caitlín R. Kiernan is an essential practitioner of weird fiction, one of those writers who combines a limitless imagination with a prodigious output: over a dozen novels and novellas, over two hundred short stories, successful runs on the comics Alabaster and The Dreaming, and an untold number of vignettes, not counting her scientific papers and nonfiction. She is one of the most inventive and daring authors in a genre that often prides itself on inventing new and interesting weirdness. Kiernan remains at the forefront of the Gothic fantastic; not only did she release the novella Agents of Dreamland earlier this month, her collection Dear Sweet Filthy World is shipping soon.

These 28 stories come from the pages of Kiernan’s own Sirenia Digest magazine, a subscription e-zine with the tagline “A Monthly Journal of the Weirdly Erotic.” And that’s exactly what you’ll find in this collection—a mix of unsettling passions and melancholic wonder, of obsessive lust and oppressive annihilation, the border realm where desire intersects madness. They are the middle ground where a love song becomes a suicide note, shrouded in ambiguity and mystery. Think H.R. Giger illustrating H.P. Lovecraft by way of Shirley Jackson or Angela Carter. Tales of the dark fantastique, weird fiction at its most sensual and surreal. Something that’s easier to experience than to describe.

Each of Kiernan’s stories is different—different views, perspectives, styles—but there are elements that recur from story to story. There are tales of sea monsters and drowned loves, of art and horror becoming one, of things beyond this world and of supplicants who willingly transform themselves for those otherworldly beings. In “Vicaria Draconis,” a woman becomes a dragon’s lover, a ritual in an ongoing battle waged between sun and moon. “Interstate Love Song (Murder Ballad No. 8)” follows two incestuous lesbian sisters as they murder their way across the highways of the American Southwest, a beautiful, gruesome love song written in lust and blood. And then there’s “– 30 –,” where a writer treks through the realm of faerie seeking the perfect end to a story that’s confounded her with its lack of finality.

“Shipwrecks Above” has the flavor of an old Gothic, its protagonist complete with a tragic back story and a curse forcing her to wander the briny deeps in search of revenge. It’s one of my favorites stories in the collection, one of several great stories showing Kiernan’s fascination with oceans and sea monsters. The excellent “Fairy Tale of the Maritime” is told by the ocean’s sentient fishes, a tale of a more-than-human woman banished from her village, who flees to the sea and becomes the wife of a Lovecraftian being deep below the waves. “Evensong” and “Scylla for Dummies” follow two different cults, each with their own rituals and supplicants worshiping aquatic monsters as deities. The minds of gods are immutable and unknowable, but sacrifices give up their lives in tribute to these monstrous deities.

“Another Tale of Two Cities” was a standout for me, another tale of willing transformation when a woman is infected by alien explorers—nano-machines, a spore or parasite, their origin isn’t explained. But they are in need of a home, and she offers herself up as their city; they process the iron in her blood and the calcium in her bones to build an empire out of her body, transforming her into a living city… until her supply of resources begins to run dry. She remains aware through the entire process, a distant observer of their culture, watching civilizations rise and fall in a matter of hours.

These are not tales for the prudish or faint-hearted, which should be obvious by now if it wasn’t already. These are stories of a darkening shadow world rich in atmosphere and imagination, grim little tales that envelope you with the cool embrace of the grave, or the fiery passions of lust and madness. They’re not like anything else in the genre, even when you can see elements of Lovecraft or Clark Ashton Smith or Ramsey Campbell in them. At their best, these stories are engrossing and disquieting, some top-shelf weird fiction from one of the greats. Fans of Kiernan and readers of weird fiction should enjoy this collection, one very much worth seeking out—or if not this volume, try the stories in The Ape’s Wife or Beneath an Oil-Dark Sea.