So it was, chuckling, that Daniel Gurlick went forth from his wrecked truck to conquer the world. 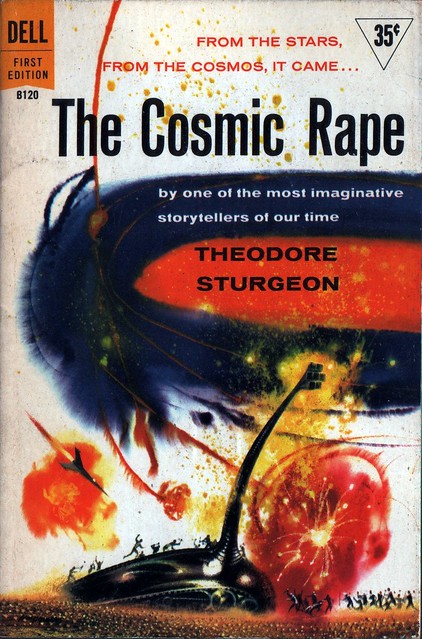 Dan Gurlick is far from the prime specimen of homo sapiens—he’s not even an average specimen, a semi-literate and homeless drunk who spends his life daydreaming about a promiscuous skinny-dipping woman, when he’s not picking through garbage for half-eaten hamburgers. But one of those hamburger remains happened to contain the spore from a dominant alien mind called Medusa that melds its intelligence to Dan. It is through him that Medusa will begin its conquest of humanity, yet another species to absorb and encompass. Much to Medusa’s confusion, humans are not like the other species it has contacted—rather than a hive-mind, humans have individual consciousnesses, stalling its invasion plans. In order to conquer humanity, Medusa sets out to join all human consciousness first, to restore that missing hive-mind…

The chapters with Dan and Medusa alternate with slice-of-life cuts from across the globe, most of them dealing with characters who are often unsavory, sometimes pitiful, and always distinctive. There’s the accounting clerk who date-rapes a coworker, the Italian juvenile delinquent hiding in the attic of a detective he plans to kill, the cowardly boy too afraid to be at school, and the harried family moving cross-country who stop for a picnic. As Medusa works her magic and attempts to combine and enslave the human race, these threads come together to form a human tapestry. Reading through this series of vignettes is odd at first, as it breaks up the flow of the Dan/Medusa arc. But they add a human touch, highlighting the spectrum of humanity as Medusa attempts to “unite” it. 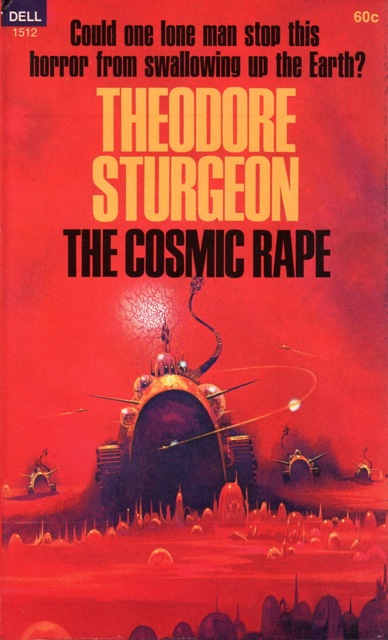 Sturgeon was one of the best writers of the 1950s, and his works hold up well given the passage of time. His prose is jazzy and electric, but not overwritten in any way. The plot is somber, meditative, and intensely introspective, but not absent of action or drama. Many of the novel’s elements foreshadow the New Wave, like its literary flair, or how the plot jumps across a sprawling cast, or the sheer number of disagreeable characters that are included. Its ideas and concepts are fresh and evocative, and it ends on a mind-boggling climax that should wow your socks off. Think Clarke-style grandiose ideas, but darker and more distributing. And how often can you point to an alien invasion novel that offers such commentary—good and bad—of the human experience? Despite its unfortunate name, this is a solid novel of brilliant quality.

The Cosmic Rape is a darkly intelligent masterpiece, just as thought-provoking now as it was over sixty years ago. Not only does it offer an interesting take on the alien invasion story, it brings up some surprising ideas about the human consciousness and ends on an odd but touching note. It’s a lightning-fast read at just 160 pages—the Kindle copy gave a helpful estimated average reading time of a little over two hours—but the novel’s ideas are something you’ll ponder long after you’ve finished. Sturgeon combines an engaging plot with striking ideas, and the result is a bold and imaginative novel. This is a must for any fan of 1950s SF, though really, anything written by Sturgeon is worth seeking out.