“…that thing on the shelf, why couldn’t it be sort of— all things? Lots of things. All kinds of life— death— I don’t know. Mix rain and sun and muck and jelly, all that together. Grass and snakes and children and mist and all the nights and days in the dead canebrake. Why’s it have to be one thing? Maybe it’s lots.”

Ray Bradbury’s early years are easy to overlook, as even many of his devoted fans do these days. Bradbury sharpened his pen in the pulp ghetto, writing for magazines like Planet Stories, Thrilling Wonder Stories, and (worst of all) Weird Tales, mags that SF trufans often looked down upon as unscientific fluff or pure juvenile schlock, unworthy competition for Astounding. Within a decade, the pulps were dead, and Bradbury was all but a household name, skipping Astounding entirely to sell his wares to more mainstream (and up-market) magazines like Collier’s and Playboy. That led to some resentment in certain SF writers and editors, having failed on their own to break into the better-paying market, now seeing a young turk best known for space opera and ghost stories make the jump. The joke’s on them, because Bradbury became one of the best-known and most influential writers of his time.

The October Country is the largest and most notable collection of Bradbury’s pulp years. Most of the stories were first published in Weird Tales; 15 were pulled from the earlier Arkham collection Dark Carnival, with four original to the volume. Coming from Weird Tales, and with a title like The October Country, I think you can see where this is going: these stories have a distinct edge of horror, comprised of seedy carnivals and dark-lit alleys and dead old things, peopled by the bizarre outcasts of a sane society. 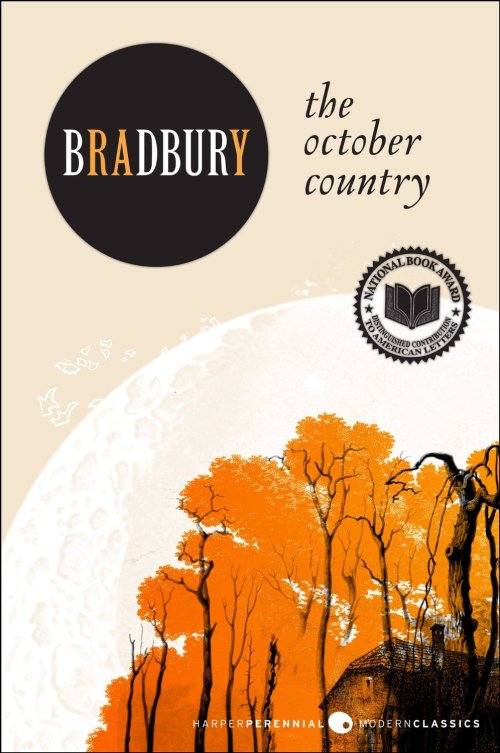 Fear, here, is the primary focus. “Skeleton” deals with a man who thinks his skeleton is out to get him, crawling around beneath his skin with strange alien malevolence, but the alternate solution of visiting a “bone specialist” leads to an ending that’s just as horrific. “The Small Assassin” is about a woman terrified that her baby is trying to kill her. Let that sink in for a moment, both as an example of how terrifying and uncomfortable some of these stories can be. “The Wind” has a man terrified about the wind, a steady and innocuous breeze that may hide its own killer secrets. “The Crowd” deals with a man terrified of the strangers who gather at auto accidents, the crowd who decides who lives and who dies.

“The Next in Line,” one of the best stories in the collection, has a young couple touring Mexico stop by the local cemetery to view the mummies—unearthed remains of the deceased, whose relatives are too poor to pay ongoing rent for a long-term grave space. The wife is haunted by visions of the mummies, paranoid she will end up like one of them, locked in the crypt’s slow dry decay. Her husband’s lack of concern becomes maddening when their car breaks down and they are stuck with no way to leave town; she attempts to keep her panic in check, but her fears escalate with each minute they spend in town. It’s a gripping tale of psychological suspense, and one of the best of Bradbury’s early tales.

Another winner is “The Jar,” filmed as an episode for one of Alfred Hitchcock’s series. A hillbilly visits a carnival and is fascinated by the bizarre growth housed in a freakshow jar. He becomes so fascinated by it that he spends a whopping sum, twelve dollars, to buy it outright. It fills void in his life as other folks from town will stop by his house; they religiously stay well into the evening to sit and ponder what it could be—rather, what it means to them: a missing child, a repressed memory, a manifestation of evil or sin. Charlie enjoys his newfound popularity as much as he enjoys his jar, but his cheating wife hopes to shame him by telling Charlie and his peers what’s really in the jar. That’s her final mistake, the realization of just what this jar means to Charlie. The next day, the jar’s contents are remarkably more defined…

Even when they have a positive ending, these are not heartwarming stories with happy outcomes—they’re still overflowing in macabre morbidity, drowning in a strange, murky atmosphere. “Uncle Einar” is a glum man because of his surreal green wings, which have caused him to live segregated from “normal” society with his pretty young wife. I can see it as one of Bradbury’s recurring metaphors for creativity, or living outside of fear, as Uncle Einar just needs the inspiration to fly and acknowledge his unique gift. “The Lake” is about a boy who saw a girl swim out to the center of his hometown lake and drown; when he returns a man, with a wife/girlfriend in tow, she makes a morbid reappearance. “The Cistern” is a similar tale, a morbid love story about a girl who dreams about two dead bodies in love, swaying forever in the churning waters of the nearby rain cistern. “There Was An Old Woman” may be one of the happiest, and it’s about an old woman who decides she will defy death, even after the reaper goes and steals her body right out from under her.

“The Emissary” is another great example. Martin is a boy who’s suffered from an unknown illness, bed-bound and trapped in isolation. His emissary to the outside world is his dog, Dog; Martin puts a note on Dog’s collar inviting strangers to visit. His schoolteacher does, and he enjoys several days of fun before she dies suddenly in a car crash. And as Halloween approaches, even Dog goes missing. But never fear—Dog does return, damp and dirty and reeking of fresh grave loam. And he’s completed his mission, bringing someone back to visit with Martin… It manages to hit both of Bradbury’s main styles, being both a heart-warming tale of childhood nostalgia, and a morbid story of the dread fantastic.

Bradbury’s talent is not fully defined at this early point of his career; there are flashes of his poetic brilliance and voracious vocabulary, thrashing beneath the surface, enough so that the stories are unmistakably his. If Something Wicked This Way Comes is Bradbury’s poetic imagery unrestrained, this is his prose starting to emerge and dominate.  What sets the collection apart is how Bradbury’s wild imagination combines with his prose; it’s like a chemical reaction guaranteed to keep you glued to the page in abject fascination. Bradbury would make several other visits to tales of gothic terror, with Something Wicked and The Halloween Tree, becoming such a small but vibrant part of his oeuvre in the face of hundreds of other stories. Yet his horror fiction is no less compelling, no less inspired, as the best of his SF or fantasies. As a classic in the genre, it’s a must-read, perhaps even a must-read-every-year, a good volume to break out and peruse in the days where noons go quickly, dusks and twilights linger, and midnights stay. Don’t be scared away from a “horror” collection, as it’s really quite accessible; take a long and evenful trip to The October Country. 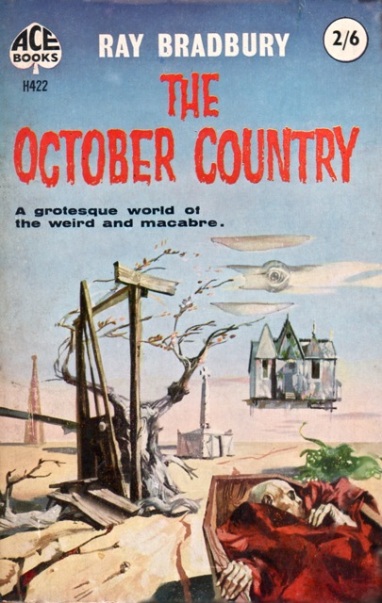 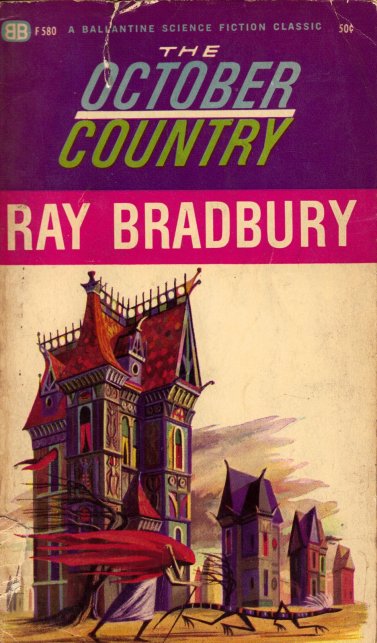