Patricia Highsmith is a name that should resonate with mystery/suspense readers—a grand dame of noir, author of the Ripley series (as in, The Talented Mr. Ripley), and Strangers on a Train, which became another Hitchcock success story. She also penned The Price of Salt, one of the earliest and most influential lesbian romance novels, now under development as a film with a far less poetic title, Carol. I realize now that I own said Talented Mr. Ripley, but instead opted to start with her psychological thriller A Suspension of Mercy (variant title: The Story-Teller). 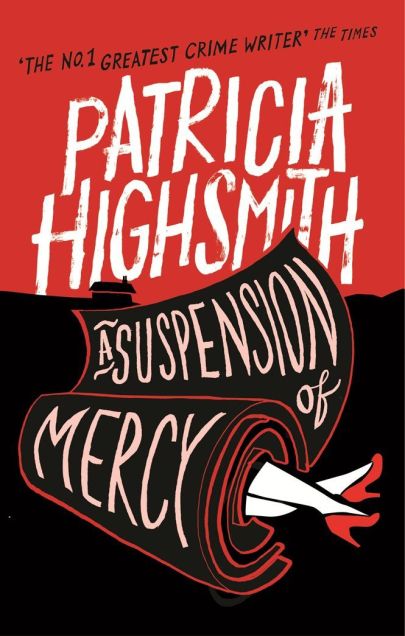 Sydney Bartleby is an American living in Suffolk with his English wife Alicia, an odd couple who met in the States before moving back to be near her parents. Alicia lives quite comfortably on her inheritance, while Syd is a struggling mystery writer, hacking fruitlessly away at his great mystery novel of the century while failing to sell crime-show screenplays to television studios. Their marriage on the rocks, after one spat too many Alicia heads to London and leaves Syd alone for a few weeks—and both look forward to the quiet and solitude. Syd’s writing picks up—he finishes his novel, begins to sell teleplays of his dashing thief, The Whip. But as the weeks pass and his wife fails to return, suspicion begins to fall on Syd. Why hasn’t she contacted anyone? Why hasn’t she collected her weekly inheritance of £50? And why did his neighbor Mrs. Lilybanks see him walking around one night, carrying a heavy carpet over his shoulder—who buries a carpet in the middle of the night? The Police change their investigation from a missing persons case to a murder; and to complicate things, Sydney begins living out his own murder-mystery plots, play-acting the game of murder under the watchful eye of the investigators…

I see seeds of modern thrillers in how Highsmith structured her novel. The prose is deceptive in its simplicity, terse but smooth; the chapters are short and efficient, keeping you reading if only because there’s always time to read one more, moving at a deliberate pace even as the plot grows more complex and crazier. Most of all, Highsmith begins crafting suspense around a relatively simple premise—a premise that is very similar to many modern thrillers, Gone Girl springing to mind. A husband suspected of a murder we, the readers, are somewhat sure he didn’t commit, while the police investigation for a missing wife turns up naught but more and more reasons why the husband would make an ideal murderer. That’s what drives the tension—the police looming over Syd’s head, the increasing chance he’ll be caught and convicted, for a crime we didn’t see him commit… 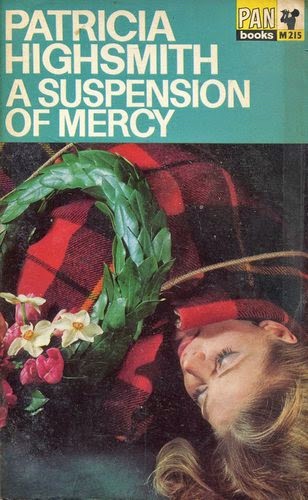 If this novel were written today, the tension would probably come from not knowing if Alicia was alive or dead, if Sydney happened to commit an off-screen atrocity when we were off watching another character. However, Highsmith doesn’t go that route—before I even had time to wonder about Sydney’s guilt, we start having chapters showing Alicia falling in love with another man, giving proof of life (and proof of adultery). Instead, the tension is increased as Sydney continues to mung up his role as worried husband—he acts like a character in one of his stories and comes off as guilty as sin, using the experience to play out elements of his murder-mysteries, playing chicken with the police investigators because he’s sure of his innocence. He continues to find evidence that could lead to his wife’s discovery, but decides to keep all of it secret, prolonging the investigation—his muse seems to come alive after Alicia’s disappearance, he begins to write more and make sales, as if one false murder can trigger more in his mind. One false step and he may push himself too far, and the reader—more sensible, I hope, than Sydney—sits aghast that he continues the charade.

Why do all that, then? A Suspension of Mercy is about a sick marriage, a couple who are delighted when they’re apart and chafe when they’re together; both look forward to these long separations as a breath of fresh air. As is well documented, Highsmith often wrote about morally compromised characters, subjecting them to unique cruelties of situation and suspicion. But for the life of me, I’m not entirely sold by Syndey and his reluctance to end this investigation. Alicia I can understand, falling in with another lover and staying hidden to get back at her stubborn husband. No, it’s Syndey’s sickness for baiting the police, for keeping up this ruse of a “could-be murder,” that frustrates me; it’s a bit of a problem since that’s what drives the plot. I don’t think we get enough of an idea of Syd’s character at first to believe he’d do this. And while Sydney’s actions do result in three dramatic deaths, for much of the book Highsmith’s intent was for him to have committed no crime but be suspected of several. I’m both impressed that she managed to maintain such a tense atmosphere, and a bit let down in the execution.

Despite my frustrations over Syd, Highsmith’s novel isn’t frustrating at all: the suspense it builds is palpable; the writing makes for fast, easy reading; and the author lives up to her reputation of psychological thrillers, getting in the twisted minds of her characters. It’s aged a bit as time passes and the genre evolves, and as good as it is, I’m told it’s not her best work, but A Suspension of Mercy is pretty good. Even though I wasn’t entirely satisfied, I found enough to like here that I’ll try another of Highsmith’s novels in the future. Other readers seemed to like this one more than I did, so take my opinion with a grain of salt.

9 thoughts on “A Suspension of Mercy – Patricia Highsmith”